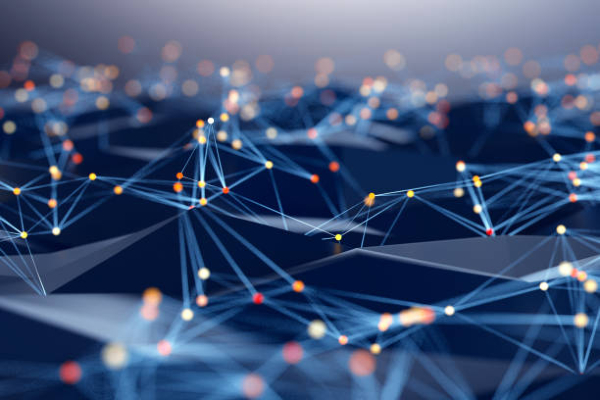 A computer network is composed of multiple computers connected together for the purpose of communicating with each other and sharing data and resources.

In other words, a computer network can be defined as a group of computers and other peripheral devices that are linked together for the purpose of sharing data and hardware resources.

Some of the advantages of computer networking are as follows :

Components of a Network

There are many devices which are used in computer networking. Some of them are as follow :

Modem stands for modulator-demodulator. It is a computer device that serves as a medium to exchange information between a computer and the Internet through telephone lines. It converts the digital signals of a computer into an analog form, so that they can travel over a telephone line to their destination. This process is called modulation. The receiving modem converts the analog signals back to digital form. This process is called demodulation.

Network Interface Card, also known as Ethernet card or LAN card, is a device which is attached to a computer to enable it to communicate over the network. It has a ROM chip that contains a unique  number, which is the hardware address or the Media Access Control (MAC) address. It uniquely identifies a computer on the network.

When a network has more than two computers, we cannot directly connect all the computers together. We need an interface, through which the computers can be connected, and sending and receiving of data can take place. This function is performed by hub. A hub simply forwards the packets to all the other computers connected to it. Each computer is responsible for determining which packets are destined for it and which are to be ignored.

Wireless Network Cards are used instead of normal network cards which are used in wired networks. The Ethernet cable is not required as radio signals are used for transferring data.

Routers are used instead of hubs/switches. They have a wireless antenna which increases the communication range of the radio signals. Routers can also be used to join a wired network, thus making the network a combination of wired as well as wireless network.

There are various types of networks which are used worldwide these days. Depending on the geographical area covered by a network, there are four types of computer networks:

ln LAN, two or more computers and peripheral devices are connected within a small area such as a room, an office, a building, a laboratory, etc. In LAN, computer terminals are physically connected with wires.

A MAN is a network which covers more area than a LAN. It spread across a city. As it covers a city, it is known as Metropolitan Area Network. Cable television, branches of local banks within a city, etc, are some common examples of MAN-type network.

Wide Area Network (WAN): WAN is a global computer network that is spread across cities, Countries or continents. It is formed by connecting various LANs and MANs.

A PAN is a computer network which is organised around a person. It is used for communication between devices such as printers, phones, PDAs and laptops that are in close proximity.

Network architecture is an overall design of a computer network. The architecture of Network Architecture network can be defined as the structure and organisation of the computer’s hardware and software.

On the basis of architecture, network can be classified into two types :

It is a network where several computers called clients or workstations are connected to the main computer called the server.

A computer which provides services to the clients and. controls the access to hardware, software resources and other resources, is called the Server.

The computers which request services like data retrieval, storage, etc. from the server is called the Client.

It is a network where a few computers of similar power and capacity are connected together. There are no exclusive servers or clients in this network. Each computer can act as a server as well as a client.

This type of transmission includes cables or wires to transmit information from source to destination. The wire may be made up of copper, any other metal or glass fibre. It includes electrical and light signals to flow in these wires. These cables are very sensitive to noise and this degrades the signal which is also called attenuation.

There are various types of cables that can be used for setting up a network. Some of them are as follows:

Twisted Pair Cable : Twisted Pair Cables were invented by Alexander Graham Bell in 1881. It is the most widely used medium for telecommunication, and consists of copper wires that are twisted into pairs. Ordinary telephone wires consist of two Insulated copper wires twisted into pairs. Computer networking cables consist of four pairs of copper cabling that can be utilized for both voice and data transmission.

Coasial Cable : Coaxial Cable was invented by an English engineer and mathematician, Oliver Heaviside, in 1880. The cable consists of a copper or aluminium wire wrapped with an insulating layer of a flexible material. The insulating layer is surrounded by a conductive layer called shield, which is finally covered with a thin insulating layer on the outside.

Fibre Optic Cable/Optical Fibre Cable : The Optical Fibre Cable consists of a central glass core, surrounded by several layers of protective materials. Optical fibre cable has the ability to transmit signals over much longer distances than those covered by coaxial and twisted pair. It also has the capability to carry information at very high speed. This capacity broadens the communication possibilities to include services such as video conferencing, etc.

Radio Wave Transmission : Radio waves transmit music, conversations, pictures and data invisibly through the air, often over millions of miles. Radio waves travel in all directions from the source, so that the transmitter and the receiver do not have to be carefully aligned physically. These are easy to generate, can travel long distances and penetrate through buildings easily. The two common technologies that use radio frequency waves to create a network are Bluetooth and Wi-Fi.

(a) Bluetooth Wireless Technology : Bluetooth is a wireless technology that lets you talk and share information like voice, music and videos. Bluetooth technology was invented in 1994 by engineers at Ericsson, a Swedish company. It is built into electronic gadgets.

A product ‘with Bluetooth’ means it has a piece of hardware as well as software to connect that product with other products wirelessly, using the Bluetooth technology.

(b) Wi-FI : Wi-Fi stands for Wireless Fidelity. It is the name of a popular wireless networking technology that uses radio waves to provide wireless high-speed Internet and network connections. Wi-Fi networks use radio technologies to provide secure, reliable and fast wireless connectivity.

Infrared Technology : Infrared technology is used to send documents from portable computers to printers, to connect home entertainment systems, and to exchange information between computers, cellular telephones and faxes. The communication rang of the devices communicating through infrared waves is very limited. These waves cannot penetrate walls or other obstructions; so there should be no physical barrier between the communicating devices. A television and a remote control are connected through infrared waves.

Microwave Transmission : For long distance communication, microwave radio transmission is widely used as an alternative to coaxial cable, The main advantage of the microwave transmission is that building a tower is cheaper than laying cable. Microwaves .can pass through the Earth’s atmosphere easily, and can be used to transmit information between satellites and the Earth’s base station.

The approach of connecting different computers in a network is known as Topology. Network topology is an arrangement or layout in which various computers are connected to one another. On the basis of network topology, network can be classified into five main types :

In Bus Topology, a single cable known as backbone or bus carries all the data (traffic). Communication travels in both the directions along the line, and can be received by any workstation. All the computers, printers and other peripheral devices that are being shared are connected to the bus. This topology is normally used for small network.

1. Failure of any computer or device does not affect others.

2. It is easy to install and economical, as it consumes a single communication cable.

3. A new PC can be easily connected to the existing network with just a short cable.

1. It is not easy to detect faults.

2. In case of any problem with the cable, the entire network breaks down.

In Ring Topology, all the computers and other devices are connected to each other in a closed circuit. There is no central device to link the network as in bus topology. It forms a continuous pathway for signals through each node and the communication flows in one direction around the ring. Each system can pass data to its adjacent system.

1. It is very suitable to use optical fibre cables, which gives very good speed, as a transmission medium.

2. It requires less cabling and is less expensive.

Failure in any cable or node can disrupt the entire network.

In Star Topology, all computers are connected by cables to a central device hub or switch. All communication between computers passes through the hub or switch before it can be transferred to its destination. This topology is easy to install. This configuration is good for businesses that have large amounts of rapidly changing data, like banks, airline reservation, offices, etc.

1. Failure of one computer does not affect the whole network.

2. Faults can easily be detected at the central hub and the problem can be rectified by detaching the faulty computer.

1. Cost of installation is high due to long cable length.

2. Failure of the hub or switch can stop the entire network.

1. Data can be transmitted from different devices simultaneously.

2. Even if one of the components fails, there is always an alternative present. So, data transfer doesn’t get affected.

3. Modification and expansion in this topology can be done without disrupting other nodes.

There are high chances of redundancy in many of the network connections Overall cost of this network is way too high as compared to other topologies.

1. It allows for easy expansion of an existing network.

2. Scalability of the network depends upon the type of cable used.

1. It is difficult to configure and wire.

2. If the backbone line breaks, the entire network can be disrupted.

While working on a network, a computer can be accessed by many users. It is important to protect the network from unauthorised access and prevent the loss or misuse of data or information. It is important to ensure that only authorized person’s access or modify data. Protecting data and resources from unauthorised access is known as network security.

There are two general levels of network security. They are :

It is important to give a unique login name and password to every person on the network.

2. Rights Security Based upon your username, you are given rights like Read-Only Access or Read-Write Access. A combination of rights can also be granted to the same user for network security