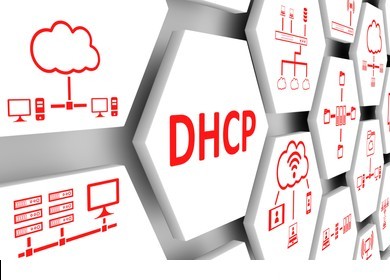 Hello friends! Today we will read about What is DHCP in this post and will also see its working, advantages and configuration. You read it completely, you will understand it easily. So let’s start:-

The full name of DHCP is Dynamic Host Configuration Protocol. It is a network management protocol used to automatically assign IP addresses to hosts on a network. It assigns IP address to the host so that they can communicate with each other.

DHCP can be implemented on local networks as well as on large networks. DHCP is a default protocol used on most routers and other networking devices.

If a host wants to communicate with another host in any network, then for this it must have a unique IP address.

You can also manually configure these IP addresses on each host. But if the network is very large then this approach will not work. In large networks, you cannot assign IP addresses by going to each host manually. DHCP is used to solve this problem.

The work of Dynamic Host Configuration Protocol is to assign IP address to the hosts. These IP addresses are assigned automatically.

DHCP is a client/server protocol. Its port number is 67.

Its advantages are as follows:-

Due to DHCP, the possibility of errors (mistake) in IP address configuration is completely reduced.

If you move the host to another network, then DHCP assigns it a new IP address.

By this it becomes very easy to add new clients to a network.

Through this the IP address can be used again, less IP address is required than this.

It is very easy to implement and use it.

It supports many scopes like:- multicast scope, super scope etc.

The components of DHCP are given below:-

DHCP Server – This is a network device that stores the IP address and other information. It is a server or router that acts as a host.

DHCP Client – This is a device that receives configuration information from the DHCP server. This device can be a mobile, computer and other device.

IP Address Pool – This is a range of IP addresses that are available to the DHCP client. IP address is assigned in order from lowest to highest.

Subnet – IP networks are divided into two or more segments called subnets. It is easy to manage the network through subnet.

DHCP Relay – This is a TCP / IP host that forwards DHCP messages between the client and the server.

How does DHCP work?

There are some steps from requesting the host to the process of assigning an IP address to it. These steps are explained below.

Its disadvantages are as follows:-

DHCP server has an important role in any network. DHCP server can be configured on any router or switch. If you are configuring DHCP server then you should have the information given below.

Below is an example of DHCP configuration.