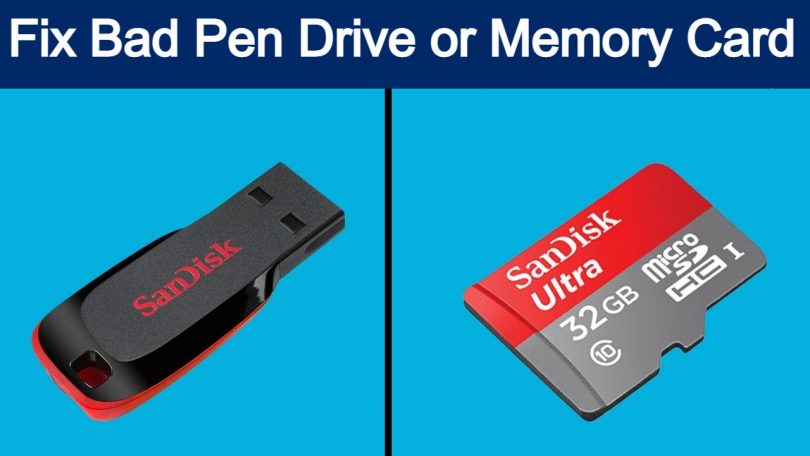 What is pen drive?

Pen drive is also called USB Flash Drive or Flash Memory. It is a portable device, that is, it can be easily carried from one place to another. Simply put, a pen drive is a storage device, which is used to transfer files or documents.

>> What is VPN? Full details of VPN

What is memory card?

It is an electronic storage device. Which is used in electronic devices such as mobile phones, digital cameras, music players and video games. It is in the form of a small chip. In this data can be repeatedly transferred, copied, moved or deleted.

Why do pen drives or memory cards get damaged?

How to fix bad pen drive or memory card?

How to Repair Damaged Pen Drive or Memory Card

After giving the last command FORMAT FS=FAT32, the processing will start. The percentage will start playing on the screen. Now you have to wait till 100% completion here. After that as soon as 100% complete, your bad pen drive or memory card will be completely fixed.

Now you have to type EXIT and press Enter. Entering CMD will close the command prompt. Now you can check your bad pen drive or memory card by going to my computer. When opened it will also open and the shape will also be visible, which was not visible before.

Now your pen drive will be completely fixed. So in this way you can easily fix your bad pen drive or SD card through CMD Command Prompt.