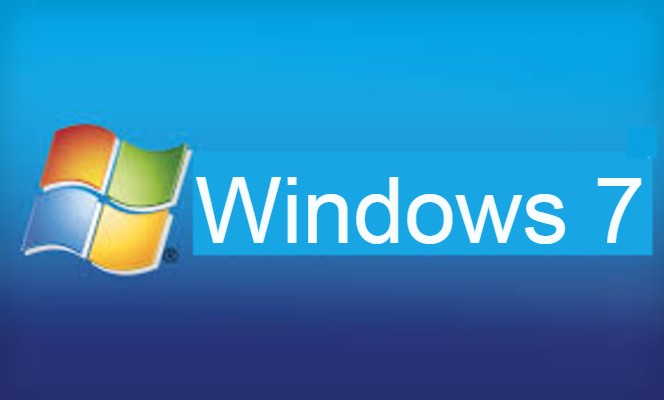 Hello! Now you know that the computer runs on a set of instructions or commands. This set of commands is given by the operating system. The operating system is a software which helps us to work in computer. The most popular Operating System is Windows developed by Microsoft Inc, USA.

When you switched ON the computer, you see a lot of things happening. The screen on the computer shows many changes within seconds. These changes occur due to the operating system.

When you switch ON your computer, after a few seconds you may see the windows logo like this:

After a short while, the computer shows the first screen with many small pictures and names on it. This is called the desktop of the computer.

Many people put lovely pictures of flowers, animation, cartoons, etc., on their desktop.

The Menu Bar contains many functions we can do in this window.

The Task Bar is in the end of the window. Every time a window is opened, a button showing it appears in the taskbar.

The Vertical Scroll Bar is used to move window page up and down.

The Horizontal Scroll Bar is used to move it sideway.

When you open the window, it is of standard size.

The Minimize Button is used to reduce the size of the window. When you click it, the current window you are working in, is reduced to an icon and appears in the taskbar.

This is a Maximise Button. It is used to increase the size of the window. When you click it, the window’s size increase and fits to the screen.

This is a Close Button. You can close the program by clicking it.

Sometimes, you change the size of the window. This Restore Button is used to bring it to the same size asit was.

Sometimes you change the size of the window. This Restore button is used to bring it to the same size as it was.

The Window screen is like a frame. You can change its size, move or use it in the way as convenient to you.

When you go to the menu bar, an arrow appears. You can drag or move. Your window to some other part of the screen, by dragging this arrow with mouse.

Changing the Size of the window

You can also increase or decrease the size of the window, the way you want. It can be used done both by length and breadth.

When you bring your cursor towards the sides of the window it changes its shape to this arrow. You can decrease or increase its size.

The mouse moves with the help of a ball on a mouse pad. You can ‘click’ the buttons of the mouse to make it work.

When the mouse moves, an arrow moves on the screen. You can select a program, by bringing the arrow on a program and double clicking it.

A cursor is a blinking line on the screen. Whatever you type, draw or start in the windows, it is done from where the position of the cursor is. In the above window, after you write ‘CAT’ the cursor comes at the end.

We use ENTER key to bring the cursor to the next line.

You have already learnt that windows are started and shut down from the Start menu button. It is very important because all other activities of the windows are also done by using it.

The first screen of windows is called desktop

The small pictures of desktop are called the icons.

Maximize button is used to increase the size of window.