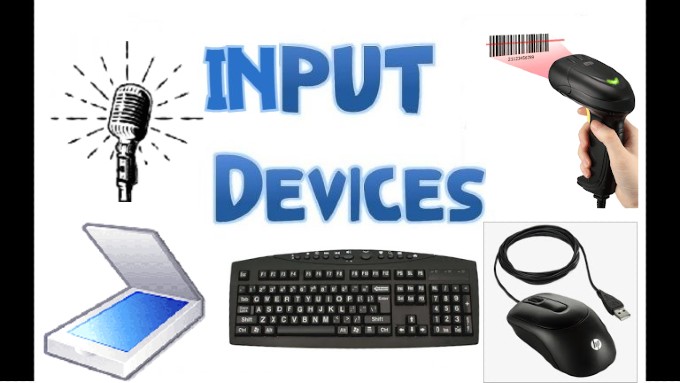 What is an input device?

In other words, the device which is used to give instructions to the computer is called input device. It helps the user to communicate with the computer.

Input device is the device that transmits our instructions to the computer CPU following our given instructions, this we call input-device.

Apart from this you should know that input device is also an electronic device. These devices are part of the computer. Any device from which we give input to the computer. In simple language it is called input device.

Some examples of input devices, which will be easy for you to understand. eg. We give input to the computer through all these input devices like keyboard, mouse, scanner, light pen, micro phone etc. Let us understand the example in detail.

Mouse is a hardware and input device. Through this we give instructions to the computer. With the help of mouse, we can move the arrow icon visible in the computer, which is called cursor or pointer, and can easily click on any button or menu visible on the screen.

A mouse is a small pointer device used by the user by placing the mouse on a table surface or on the mouse foot. It acts on the screen through a cursor.

>>Some important information about computer and its history

How many types of mouse are there?

There are many types of mouse. Well, there are different types of mouse available in the market. These have been talked about on the basis of different design, look, interface and connectivity.

The optical mouse uses a light source. It uses optical electronics, including an LED and a light detector, to track the position and movement of the mouse.

The most used in today’s time is the optical mouse. Under this mouse you will see a red light. These have a very small (small low resolution) camera. Which takes 1000 or more pictures every second.
Optical mouse is a modern device that is being used at present. In this, a Light Emitting Diode (LED) is used to detect the distance traveled by the mouse.

This mouse is a better and standard look than the mechanical mouse I used earlier. Because they are more reliable than all other types of mouse. And it requires maintenance.

But it depends on the way you are using it and the type of surface. on which they are operated on. You should place it above the touch pad for better experience.

A mechanical mouse is a mouse that uses a metal or rubber ball inside. That’s why it is also called ball mouse.

When this ball moves or moves in any direction, the sensors in it detect this motion. And move the pointer or cursor in the same direction on the computer screen.

In the olden days these icons were the most used. Now optical mouse has replaced them. The first mouse had a wheel, that is, a small metal wheel, which made it difficult to move or move the mouse in every direction. But with the advent of mechanical mouse it became easier.

Mechanical mouse are of corded type i.e. come with wire only. Their performance is high, but they require special cleaning from time to time.

Mechanical mouse is no longer in vogue, it has become obsolete as they have been replaced by optical mouse.

A wireless mouse is a mouse that does not have wires of any kind. No wires or cables are used to connect these mouse to the computer.

They are also known as cordless mouse. Connecting them to computer for connectivity instead of cable, bluetooth, wifi, infrared etc. is used.
A mouse that does not use any type of wire or cable connection is called a wireless mouse. Wireless technology is used to connect such a mouse to a computer.

To connect it, you’ll need to plug a USB receiver into your computer. These mice run on batteries, and use the same technology used in optical mouse to locate the sensor.

Optical mouse technology is also used in this mouse. And its design, look and texture are also similar to optical mouse. The only difference is that a trackball is used to control it.

The user moves the trackball with his finger or thumb to give instructions to the computer. This type of mouse has very low speed. And it takes longer to run.

A small wheel is also attached to it. which is carried up and down. It is used to move the page up and down.
Stylus Mouse is also called Gstick Mouse. Because it resembles a pen stick, and was invented by Gordon Steward, it is called the gstick, with the “G” standing for Gordon.

Keyboards are mainly used in computers for typing, data entry like text, numerical data, symbols, commands and many other types of data.

Input is given to the computer through the keyboard. After which that data is converted into machine language. So that the CPU (Central Processing Unit) can understand that data and information or instructions.

How many types of keyboards are there?

The keyboard that comes with in-built laptop is called laptop keyboard. This keyboard is QWERTY version keyboard. Its keyboard is designed according to the size of the laptop.

That’s why the layout of a laptop keyboard is slightly different from a normal keyboard. Due to the small size of the laptop, the numeric function keys are removed on the right side of its keyboard.

Multimedia, as the name suggests, will have all the features of multimedia. This is one of the most popular keyboard types. And this keyboard is in great demand in the market.

This keyboard is similar to a normal keyboard except that it has some additional multimedia features. Such as- play/pause button, volume up/down button, stop button, next button, rewind button etc.

Membrane keyboard is a different type of keyboard. Its buttons are intertwined, the keyboard is covered with a transparent plastic cover, and the movement is very slow.

The only advantage of this type of keyboard is that it is much cheaper and is covered with a rubber-like membrane, which makes it more or less messy.

And the disadvantage is that it has a very high speed, due to which it is very difficult to type in it.

In today’s time, the use of mechanical keyboard has reduced a lot. But even today it is used in many places. This keyboard is very durable and long lasting.

A sound is produced when the keys of this keyboard are pressed. It has a spring under the keys, and actual physical buttons are used under each key.

The keys on a mechanical keyboard are very soft. This keyboard is very durable and comfortable to use. It is not very expensive in the market, it can be easily bought by any person.

Wireless keyboard, as its name suggests, this type of keyboard does not have wires. That is, this keyboard is used without any cable or wire and is connected to the device via Bluetooth / WiFi.

This keyboard is used using radio frequency, bluetooth, wifi or infra red technology. The specialty of this keyboard is that you can use it and type while staying 10 meters away from the computer or laptop.

This is a different kind of keyboard. This is a one-of-a-kind keyboard that has been designed keeping the user’s comfort and work in mind.

This keyboard gives more ease of use for the users as compared to all other keyboards. This keyboard is designed to relieve pain in the muscles of the hand and wrist while typing.

The ergonomic keyboard enhances the working speed of the users, and at the same time minimizes the problems while typing.

This keyboard is designed in a V shape, which makes it easy for the users to type and they are able to type with both hands. Due to which the typing speed increases a lot.

Roll-Up Keyboard is the best and best to use on the go. It is made from high elastic polymer, which is a portable keyboard.

Roll-up keyboard is also called foldable keyboard. Because it can be folded into the shape of a cylinder and carried anywhere in a box.
This is the best keyboard for people who travel a lot. Use it whenever you want, and after you’re done, fold it up and place in a bug or box.

This keyboard uses very little electricity and is also water proof. This keyboard is nice but not very durable. Because there is a high risk of short circuit due to repeated turns.

Virtual keyboard is not a hardware device, it is a software. We can’t lift this keyboard with our hands. We don’t need to carry it separately, as it is in the form of software inside our device.

For example, for typing in a smartphone, there is a keyboard application inside the phone, through which we type in our smartphone.
Apart from this, after typing Window + R in computer or laptop, typing OSK in Run Command and OK opens the Virtual Keyboard.

Scanner is also an input-device. Through a scanner machine any page, document, photo etc., which already contain images, data or information, is scanned and directly inputted into the computer.

This process is commonly called photo scanning, document scanning or page scanning. These documents or photographs can also be edited after scanning.

Microphone, which we usually use to talk on the phone, or to record voice.

h is also an input-device. Whatever the user says, the microphone records it and gives input to the computer or mobile.

The Light Pen is also an input-device. It is used to create pictures or graphics on the display of a computer screen.

Apart from this, in touch screen computers, it is also used to touch the display. It is also called pointer device.

Barcode reader is also an input device. It is used to read codes hidden in barcode lines.

>> What is Computer Software? || Types of Software?